Best Smartwatch for 2022: Our Top-Rated Smartwatches for Every Wrist and Budget

Best Smartwatch for 2022: Our Top-Rated Smartwatches for Every Wrist and Budget

In recent years, there have been leaps and bounds in smartwatch and fitness tracker technology. With new features, more accurate measurement, and plenty of styles to choose from, they are fast becoming a must-have gadget for athletes, technophiles and everyone in between.

But with many of the top brands releasing new models every year, and lots of new options entering the market, the choices can be overwhelming.

We’ve reviewed three of the top smartwatches currently on the market, comparing the main features, key differences, and available styles, to see which is the best in terms of overall performance.

So without further ado, between the Apple Watch Series 7, the FitBit Versa 3, and Spade & Co’s Health Smartwatch 2, which comes out on top?

Which Smartwatch is Best for Fitness Tracking?

When smartwatches were first introduced, they were mainly marketed towards those interested in health and fitness, but in the past few years, improved functioning and measurement have made them extremely popular for daily use.

Whether you’re a fitness fanatic, a home gym hero, or simply trying to improve your health, a smartwatch is one of the best ways to monitor your daily activity level.

All our reviewed watches options come with basic metrics such as step tracking and heart rate monitoring, but Apple Watch Series 7 and Spade & Co Health Smartwatch 2 both have the ability to give notifications if your heart rate is particularly high or low, whereas the FitBit Versa 3 does not.

In addition, the Apple Watch Series 7 boasts the ability to generate an ECG waveform, which displays the rhythm of your heartbeat and is used to detect abnormalities such as arrhythmia.

It’s pretty advanced technology to have this right on your wrist, however, it’s difficult to gauge the accuracy or even usefulness of this feature. ECGs give no indication of fitness level, and should only be interpreted by medical professionals, who use 12-points of measurement to monitor heart rhythms.

Even Apple’s own website says that it “can't detect a heart attack, blood clots, stroke or other heart-related conditions, including high blood pressure, congestive heart failure, high cholesterol or other forms of arrhythmia,” so don’t be fooled by the carefully worded claims that this function provides peace of mind about your heart health!

If your main form of fitness is running or cycling, a GPS monitor is an excellent function to have in a smartwatch, as it helps you track pace as well as distance. The Apple Watch Series 7 and FitBit Versa 3 both have integrated GPS, whereas the Health Smartwatch 2 connects via Bluetooth to your cellphone’s GPS.

The three watches we’re comparing all have sleep monitoring features to help you establish a better sleeping pattern and feel more rested.

The FitBit Versa 3 gives the most detailed report on sleep cycles and stages, whereas the Apple Watch and Spade & Co Health Smartwatch 2 take a different approach, allowing you to set personal sleep goals.

Although all of these options offer blood oxygen level monitoring, this is one of the most difficult metrics to track accurately. The Apple Watch Series 7, FitBit Versa 3, and Health Smartwatch 2 can all give you an idea of general blood oxygen levels, but if you have a medical condition, it’s best not to rely on a smartwatch for continuous monitoring.

The Spade & Co Health Smartwatch 2 is the only smartwatch out of the brands that we’ve compared that goes beyond the baseline metrics to monitor body temperature. This is a state-of-the-art feature which can help with training across seasons and environments, so if you’re an advanced athlete, this is something to consider.

The Health Smartwatch 2 has all the same fitness tracking features as the Apple Series 7 and FitBit Versa 3, but it goes beyond the basic health metrics to and body temperature, which is useful for training in different climatic conditions, and for advanced athletes to regulate fluid intake.

Which Smartwatch Has the Best Features?

If you’re more interested in the technology of a smartwatch than the fitness features, these brands all offer several functions which aim to make life easier, from integrated calls and messaging to contactless payments.

All three watches all offer similar connectivity to your smartphone, with both call and text notifications, even during exercise.

If you want to be able to play, pause, or switch tracks from your wrist, all three models allow you to control music and podcasts without pulling out your cellphone.

The Apple Series 7 can store playlists directly on the watch, where as the Health Smartwatch 2 and FitBit Versa 3 connect via Bluetooth to your cellphone.

The Apple Series 7 only works with iPhones, but both the Health Smartwatch 2 and FitBit Versa 3 both connect to both Android and Apple devices, giving you more flexibility in terms of connectivity.

Despite being the 7th edition of the Apple Watch, their latest product has an unexceptional battery life of only 1 day. Compared to the FitBit Versa 3 and Health Smartwatch 2, which both last upwards of 6 days, it’s disappointing that Apple hasn’t made much of an improvement with this version.

The best smartwatch for daily use

It may come as a surprise to some Apple fans, but with the battery lasting almost 6 times as long, and the ability to connect to any mobile device, it’s clear that both the FitBit Versa 3 and Health Smartwatch 2 have far better overall features than the Apple Series 7.

What Style of Smartwatch Should You Buy?

In terms of style, all three smartwatches are sleek enough to function as regular wristwatches. Whilst the FitBit has hundreds of available watch faces and display options, the Apple and Spade & Co have many more; they are both completely customizable and you can even upload your own photos to use as a background.

They also all come with a range of bands in different colors and materials, including leather and stainless steel, so you can mix and match your accessories depending on the occasion.

It’s important to note here that the Apple Watch Series 7 comes in two different sizes, with many bands being incompatible with one or the other, so your actual options may be reduced. Additionally, many women find this watch to feel quite large, so to make sure you have the right size, you may need to visit a store.

The best-looking smartwatch will come down to personal opinion, but the Health Smartwatch 2 has plenty of choice when it comes to bands and straps, as well as unlimited display options, giving it a slight edge here over the FitBit Versa 3 and Apple Series 7.

What Else You Should Consider When Buying a Smartwatch

Although we’ve been looking at this from a specification perspective, price is an important factor for most people when purchasing a new gadget, so it’s important to consider the long-term cost as well as the upfront purchase price.

The Apple Watch is by far the most expensive of the three, and many people will happily pay extra for a well-known brand name, but with each new version, previous models receive fewer updates and any version over three years old is considered obsolete by Apple, so the priciest option won’t necessarily last the longest!

When comparing the top smartwatches, it’s easy to look at the most well-known brands and assume that they have the best technology, but what we’ve seen here is that some newcomers are putting up a good challenge.

We believe that the Spade & Co Health Smartwatch 2 is a quality product that integrates all the essential health and fitness tracking with excellent smart watch features. It’s closer to the Apple Watch than the FitBit in terms of style and display options, and even beats Apple in many areas, including battery life, compatibility, and of course price.

So, our verdict is clear: if you’re in the market for a new smartwatch or fitness tracker, the Health Smartwatch 2 is a first-class choice. 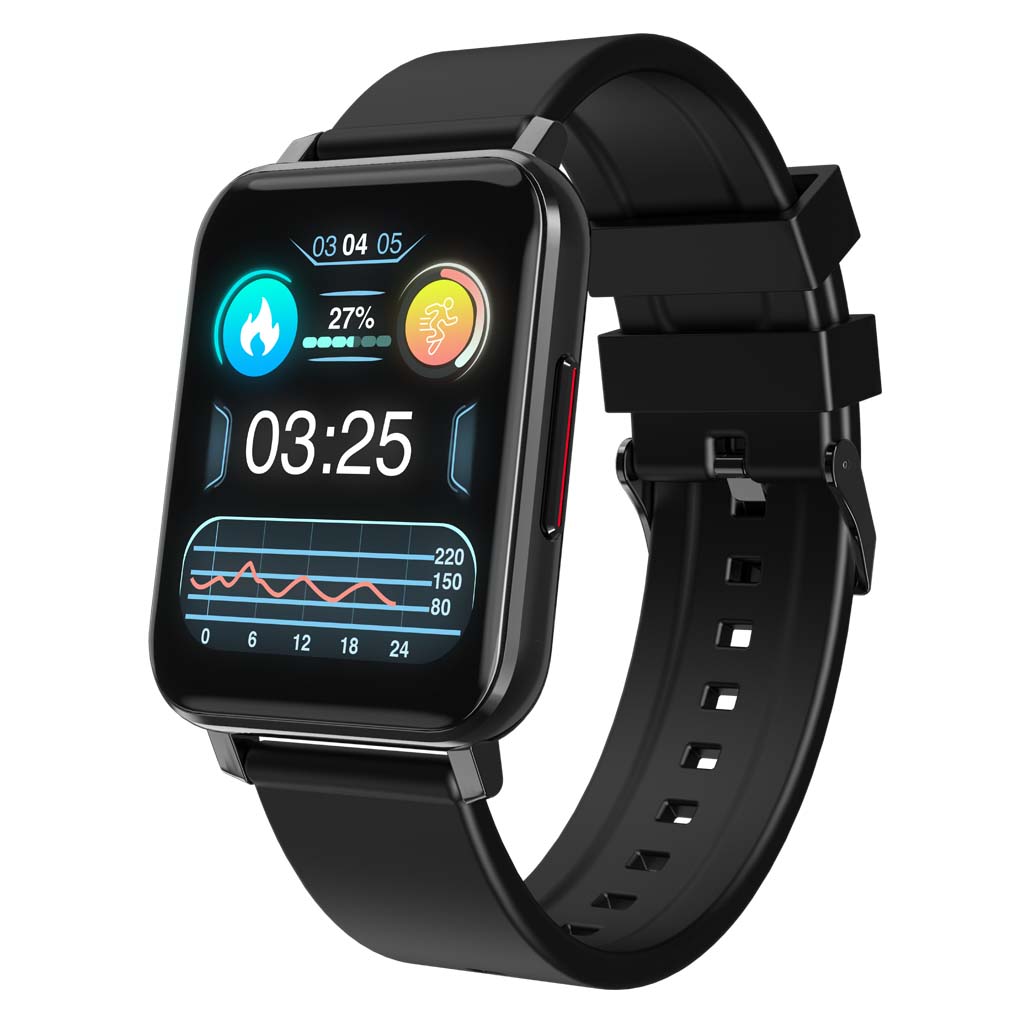 Get the #1 Smartwatch on Sale Today